The Our Father Prayer

Our Father who art in Heaven,
Hallowed be thy name;
Thy kingdom come
Thy will be done
On earth as it is in heaven.
Give us this day our daily bread;
And forgive us our trespasses
As we forgive those who trespass against us;
And lead us not into temptation*
But deliver us from evil.

Source: Catechism of The Roman Catholic Church, Part Four Christian Prayer, Section Two:The Lord's Prayer
Note: These words are indentical to the version found in the Litany section of the U.S. Book of Common Prayer, 1928 edition.
* "Do not let us fall into temptation" is the new form of words for this line, approved by the Episcopal Conference of Italy in 2019. However, this alteration is yet to be adopted by the Engish speaking nations of the Catholic Church.

About the "Our Father" prayer
What is the "Doxology"?
video on prayer for protection

A beautiful and creative reading of the "Our Father" set to peaceful music and inspiring images of falling autumn leaves:- 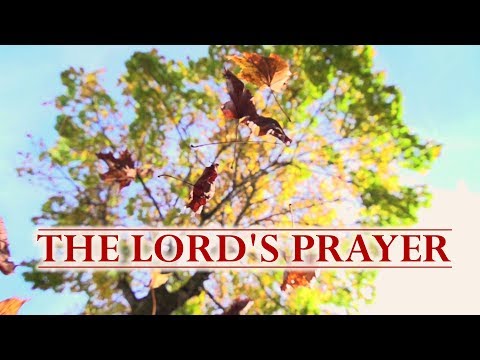 The Catholic Version of the Lord's Prayer
Why is it shorter than the other versions?

The Catholic version of the "Our Father" prayer does not contain the "Doxology". There are good biblical reasons for the omission of this doxology from New English and other popular versions of the prayer:-

"For the kingdom, the power and the glory are yours. Now and for ever. Amen" (New English Version)

Common bible versions, such as the New International Version, and the Contemporary English Version, exclude the doxology from the Lord's Prayer in the main body of the text (in Matthew 6:9-13), and instead feature it as a footnote on the page. Critical editions of the New Testament used by the United Bible Societies (an organisation representing 145 national bible societies) concur that this doxology does not belong to the original manuscripts of Matthew's gospel, and seems to have been added at a later date.

In 1963, the Second Vatican Council decreed a revision of the liturgy (undertaken by the ICEL, International Commission on English in the Liturgy). In 1969, the doxology was added to the Catholic Mass, not as part of the "Our Father", but following shortly afterwards. In the Mass, the Lord's Prayer is spoken together, followed by the Priest praying:

"Deliver us, Lord, from every evil, and grant us peace in our day. In your mercy keep us free from sin and protect us from all anxiety as we wait in joyful hope for the coming of our Savior, Jesus Christ."

and then the doxology ("For the kingdom, the power, and the glory are yours, now and forever") is prayed by the congregation.

This section of the mass falls just before the sharing of the peace, where the priest wishes the congregation the peace of Christ with the words "The peace of the Lord be with you always" and all who are present share God's peace by shaking hands or embracing each other (depending on the customs of the church).

Here is the "Our Father" with the doxology:- The practise of saying the doxology in Christian worship is commonplace in Catholic and other traditional church movements. The "Glori Patri" (latin for "Glory to the Father") serves both as an act of worship, and an important statement of faith in regards to co-equality of the Trinity:

Glory be to the Father, and to the Son, and to the Holy Ghost. As it was in the beginning, and now, and always, to the ages of ages. Amen.

The Anglican practise is slightly different:

Glory to the Father and to the Son and to the Holy Spirit; as it was in the beginning is now and ever shall be. Amen.

There are also other doxologies popular in the Christian faith, such as this doxology attributed to the hymn writer Thomas Ken in 1674:


Praise God, from Whom all blessings flow;
Praise Him, all creatures here below;
Praise Him above, ye Heavenly Host;
Praise Father, Son, and Holy Ghost. Amen.

A blessing asking for the Father, Son and Holy Spirit to come and hold, keep and protect the believer. This prayer is written out in full here. 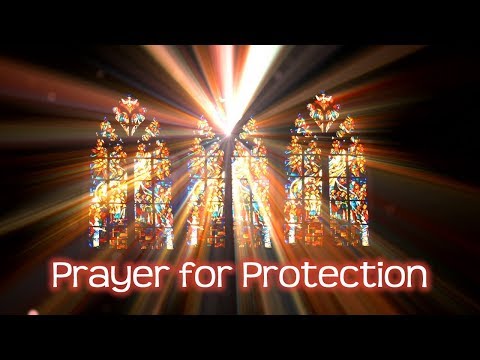 attributed to Reinhold Neibuhr, this profoundly simple threefold request to the Lord is one of the most popular modern day prayers around.

sometimes it's great simply to remind yourself of who God is - His power, beauty and love. Join with Christians through the ages in praying this wonderful affirmation of faith.

a collection of short prayers to inspire your day!

a prayer often referred to as "make me a channel of your peace", britain's got talent singing sensation Susan Boyle brought this song (and prayer) to a new audience with her no1 selling album "the gift".

featuring prayers of thanksgiving from the Catholic and Anglican traditions, as well as childrens prayers and links to craft activities for sunday school groups or classes.