Often referred to as the "Peace Prayer", the prayer of St Francis of Assisi has risen in popularity in recent years with the setting of its words to the famous song "Make Me A Channel of Your Peace" (written by Sebastian Temple, and notably recorded by Susan Boyle, amongst many others). Further down this page there is an in-depth commentary on this beautiful prayer, a printable pdf version, and an inspiring short film interpretation.

O Divine Master,
grant that I may not so much seek to be consoled as to console;
to be understood, as to understand;
to be loved, as to love;
for it is in giving that we receive,
it is in pardoning that we are pardoned,
and it is in dying that we are born to Eternal Life.
Amen.


resources on this page

A beautiful short reading of this famous peace prayer, with inspiring images and uplifting music:- 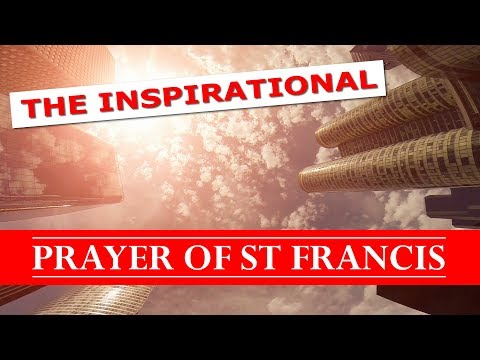 download this film in HD by following this link.

The prayer in pdf form (suitable for printing on A4 size paper or card):-

There are two common misunderstandings about this prayer:-

• It was written by St Francis - this is almost certainly not true. The author is unknown and it is likely that this prayer was written at around the time of the outbreak of World War One - for further reading on this, see the Franciscan archive writings.

In addition, the hymn written in 1967 by Sebastian Temple "Make me a channel of your peace" has led to the prayer being commonly known by it's first line.


This prayer can be divided into two sections:-

This is from the first line up to the words "Where there is sadness, joy"


In the 21st century, we often associate the word "peace" with a personal sense of calm and restfulness. However, the word actually derives from the Latin "pax", meaning "freedom from civil disorder", and is a translation of the Jewish word "Shalom" which has to do with wholeness - both at a personal and relational level.

This prayer is about transformation - the movement away from darkness to light, from despair to hope etc, and hence encapsulates the meaning of Shalom in that it is about a direction of travel towards a state of wholeness and wellbeing, rather than being about something that has already been arrived at.

The prayer is also a declaration of intent for the person who prays it. This is similar in style to many Celtic prayers, which declare statements of faith rather than specifically ask God to do something in a situation. For example, St Patrick's Breastplate declares:-

"I arise today through God's strength to pilot me: God's might to uphold me, God's wisdom to guide me, God's eye to look before me" etc.

The prayer also has similarities to the writings of the prophet Isaiah in Chapter 61, where negatives become positives through a transformative work of God. Here the writer declares that the Lord is about to turn despair into praise and mourning will be turned into joy:-

"to bestow on them (those in Zion) a crown of beauty
instead of ashes, the oil of joy
instead of mourning, and a garment of praise
instead of a spirit of despair".
(Isaiah 61:1-3, NIV)


In this last stanza, which begins with the words "O Divine Master" the prayer falls in two sub-sections. The first lines have three requests to God (to seek to console, understand and love others first) the second three lines are statements of faith - it is in giving that we receive etc. This pattern of three is common in many famous prayers. For example, the doxology at the end of the Lord's Prayer "For thine is the kingdom, the power, and the glory" and the Glory Be, which has two groups of three -

"Glory be to the Father, and to the Son, and to the Holy Spirit. As it was in the beginning, is now, and ever shall be".

St Richards prayer also has three requests ("to know you more clearly" etc), as does the beginning of the Serenity prayer. This pattern of three mirrors the very nature of God - being one God in three Persons - Father, Son and Holy Spirit.


The three requests to God:-


• grant that I may not so much seek to be consoled, as to console

The first request is that of consoling others. Here the believer is to ask how they might console somebody else first, rather than seeking to be comforted in their grief or trouble. The idea that in caring and comforting others we ourselves will find comfort resonates with Christ's words in the Beatitudes:-


“You’re blessed when you care. At the moment of being ‘care-full,’ you find yourselves cared for.


• to be understood, as to understand;

The late Stephen Covey (1932 – 2012), author of the international bestseller "The 7 Habits of Highly Effective People" observers that “Most people do not listen with the intent to understand; they listen with the intent to reply.” Covey encourages people to begin interactions by seeking to understand somebody else first, before wanting to make yourself heard or understood.  This act of understanding will involve deep listening. This goes against the natural instinct within oneself of wanting to impress or tell ones story first, before thinking about anyone else and their life and story.

Jesus says that to love God and  "Love your neighbour as yourself" are the greatest commandments. Rather than waiting around to receive love from others, we are encouraged to be pro-active in giving it.


The three statements of faith:-
• For it is in giving that we receive

This is similar to the point about consoling. Here we can think about Christ's words on the importance of giving. If we are generous in our giving. we will receive in abundance:-


“Give, and it will be given to you. A good measure, pressed down, shaken together and running over, will be poured into your lap. For with the measure you use, it will be measured to you.


• It is in pardoning that we are pardoned

After teaching the disciples the Lord's Prayer, Jesus had some strong words to say about the importance of forgiving others:-

If you forgive those who sin against you, your heavenly Father will forgive you. But if you refuse to forgive others, your Father will not forgive your sins.


The Peace Prayer of St Francis underscores the principle of going first. Often in situations of deadlock, where relationships have broken down, the route for resolution is to be humble and ask for forgiveness (even when we feel like we are the ones who are owed an apology).  In going first, the other party is more likely to be open and responsive. They may even "say sorry" as well. Song interpretations of "Make me a channel of your peace"

This song has been recorded by Aled Jones (on the album "New Horizons" and more recently re-recorded for the album "The Salvation Army, Together" on UCJ label) and by Sinead O'Connor (from "The Black Album", Vol. 3). The song features on "The Gift" by Susan Boyle ("Britain's Got Talent" 2009 sensation). It is also performed at the Service of Remembrance in the Royal Albert Hall (London) every November. The "Make Me A Channel..." hymn is popular in Anglican, Methodist and Catholic traditions, and is often used at wedding ceremonies. A good example of a traditional choral hymn version can be listened to here on Youtube.

Calm instrumental music suitable as an accompaniment to prayer or ministry times:- 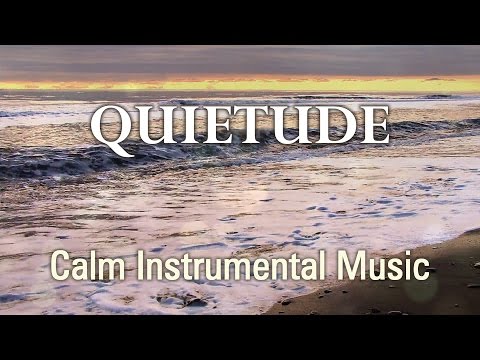 Let us more and more insist on raising funds of love, of kindness, of understanding, of peace. Money will come if we seek first the Kingdom of God - the rest will be given.

Probably the most controversial use of the prayer is by the late Margaret Thatcher (1925 - 2013). Here, Thatcher paraphrases lines 4,5,6 and 7 from the AA version of the peace prayer (see p.99) , and incorrectly attributes the prayer to St Francis. Historians would question whether Thatcher, who was known as the "Iron Lady" for her uncompromising and confrontational style, succeeded in her prayer to be the bringer of harmony to society. Here are her paraphrased words that she spoke outside Downing Street when elected in 1979:-

(Her version of the prayer can viewed on Youtube here and is between 0.58 to 1.10 minutes in the film)

a series of prayers suitable for church offerings in worship meetings. Also featuring an inspiring video on giving.

prayers for peace of mind

the famous prayer for serenity made popular by the work of Alcoholics Anonymous. This page has the full printable version of the prayer, as well as a song version and an exploration of its meaning.